A writing Exercise:  use the phrase “I don’t Know”

I don’t know how a single picture, a face, a man’ face, can hold so much power.  A 4 by 6 square that reveals indeed, it really IS in the eyes.  Perhaps that is why I don’t show mine in my picture?  A simple photo, of a scruffy face, and his name, on the most voyeuristic website I know of….on his head he wears a ball cap, still I feel as if he has hair.  He is fifty something, and those eyes; they tell stories even when they are simply dead still, yes-they tell.   There is a tear behind one and a warm rough hand reaching out from the other.  This “someone” I have never actually met; I’ve only seen his picture, black and white only. It makes me think about those old movies with men leaving their homes in times of war, with a picture in the breast pocket of his uniform, leaving his girl and treasuring a simple photograph for months or years.   That picture may make their heart rev up or make them salivate at the mere memory of a scent, her perfume, her cooking….. wishing for nothing more than to feel and smell her hair.   The power of this anonymous online picture also reinforces my words are false words; motherly words that hold no worth As I preach to my teenage son who is constantly attached to his online community  “you cannot know someone, you cannot call them your friend, simply from knowing them online, I say, that is not friendship-never actually meeting them.”   But I feel I know this man.  I know he is, at least, for the writer in me, a character that is not simply a retired mail man, that is the piece I know about him.  It appears he is so much bigger.   He embraces simplicity, he lends advice and doesn’t judge.  He is a mate to pass the ball back and forth with….he is a true carrier of wisdom, and perhaps the vision that he brought mail, sometimes important, sometimes junk mail that he is a bringer of things and he is friendly and mailman was his worldly facade perhaps?   He is a character that makes me feel self aware, validated even.   That is not to say this man is my crush, for not so.  This man is a comfort like an old worn out teeshirt and they call him Winter though he is anything but cold.  You wonder how I know him?  I know him cause he reads my blog.  He knows me, cause he reads my blog.  Since he’s read my blog and comments as such, I have come to feel that he may in fact know things that even not everybody even close friends, know about me.   So alas, this stranger fills a void, for the familiar for comforts, to fill silence with goodness or to make me want to trust in friendship again.    And whether he truly has insights into my true nature, well that isn’t what matters.  It’s simply that the illusion of friendship is enough.   As intangible as it may be, it fills a life void that feels very tangible, like a well loved book it “gets” me and unlike a well loved book, I can tell my picture presence, it holds for me,a thousand words of thanks. 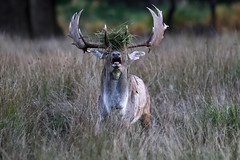 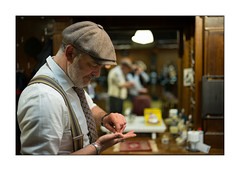