It was intended to be a visit in the beginning. A visit, to grandpa’s house in Fresno. Fresno, California…. in the heat of summer. I never drive that far. I partnered up, which is unheard of these days. A woman my age scarcely has the time to meet up for lunch. My wire thin beauty of a cousin is my age too, and we decided it was high time we took a road trip to visit our grandfather-rather than the other way around. She had just quit her “ball and chain” job of 19 years! Perfect. We were rearing for an adventure! We didn’t hem or haw or teeter on whether to go or not, we both agreed to it two weeks before leaving, and then we left Monday morning.

Ahh….. nothing aligns the spirit more than then the open road- The black of the pavement held straight like a good yoga pose, stretching and winding like a Gardner snake, with a yellow racing stripe down it’s back.   A road trip with two women in their 40’s assuredly has you thinking of a movie classic right now? Despite how hard it is to admit, we didn’t have a 1960’s freshly polished Cadillac convertible Sedan Deville or freshly polished chrome wheels on my red Prius even.  It was 960 miles to Fresno by car, according to travelmath.com. Our loose plan was to reach our halfway point by day two. Monday we drove to Medford, Oregon.

We pulled into Medford already having some laughs under our belts…. as well as a rock chip and a plethora of movies that the other just “had” to see.   We were actively stockpiling little nuggets of irritants about one another.  We were newly familiar with our cousin like difference and probably knew the barista at our local Starbucks better than we knew each other.  A hinderence soon to be overcome.   We channeled patience in trade for humor as if it were a spare tire. We had non-stop doses of humor daily, leaving rest areas….checking the other for toilet paper trailing out of their cracks, switching seats only to tidy the other persons spot obsessively, shrieking as if having just undergone the ice-bucket challenge, especially when an errant fly or bee entered the vehicle. I will, from that trip forward forever fear trailing a logging truck on a freeway. It was a learning trip, times ten.

Suffice it to say it wasn’t the quintessential road trip. You know the kind. Usually you’re in your twenties or thirties and the urge comes to you like hot lightening in a Midwest summer, like a whim on a Friday night. Oh yeah, my travel buddy Candice….she doesn’t actually have a wild hair or any spontaneous inclinations, unless its advised by Linda Goodman, or whomever is the modern day expert on daily astrology predictions; we were an odd pairing for a road trip, while I was reading the business section, she was studying the horoscopes. It was a road trip still, minus the stops at seedy little taverns for a Friday night of Kareoke… or stops just to listen to the Jukebox and whet your whistle. It was minus the whimsical natural accumulation of cute boys along the way, completely devoid of any alcohol consumption whatsoever, minus the carefree “drive all night for miles” plan of total escape, this trip was perhaps adventure on a scale of 2… anything but an escape, although I did call her Thelma often which made it seem like a 3.

We wallowed in the realness of it all; having to be nowhere, and check in with no one. After an “oopsy moment” on the wrong 9th street, we indeed saw the other side of Fresno. Uh huh, our first brush with fear. We felt whiter than a sugar packet swirled into hot black coffee. It was picturesque danger, Mexican gangs meet Aurora hookers with bigger boobs and possibly more style. I whimpered secretly…. don’t smile, don’t look….hold the donuts, I was waiting for Ponch and John, where were they?  Thankfully, we arrived Tuesday night to check in on my soon to be 90 year old Grandfather, in the 90 degree heat. Guess what!? Air conditioning is frivolous on a fixed income. Luckily cans of orange soda lined his refrigerator doors, nothing could taste better ice cold than a store brand orange soda!

What happened along the way still chokes me up inside. The backdrop of night from our car window was sublime. It just reinforced, that we must be on a spiritual mission, I just thought we were checking in on grandpa, but not so.  We were experiencing a coming of age, mid-life sort of twisted saga; part drama, part comedy, with a tone of courage and a soundtrack as honest as Ben Kwellor and Amy Winehouse, whom I am still angry with. The drive dredged up our pained histories, both beautiful and scary, not unlike the blonde rolling hills outside our car window. It was twilight when we had left Yosemite and cut across through Raymond, CA.    It was absolute road trip perfection.  We weaved up and down hilly roads as endless as the stories we shared, the impending dark setting was as heavy as the reality of the secrets we shared.   two brothers, two fathers,  two middle aged women, remedying the hole from being abandoned by them those men, grandpas boys,  how could it be, that Grandpa was special when his sons were so not?    We both had that first door of love shut in our faces by our fathers what a lovely theme for a soul searching trip that turned out to be?    Clearly we had independence and reckless invincibility in common and all these years later,the whereabouts of these men, our fathers had still left us wondering.     And somehow, in the darkness in the middle of nowhere on this road trip, we finally stopped looking for them. We stopped feeling jilted by Ed and Kerry, we stopped wishing our fathers would come find us and instead we started looking for ourselves.    Comforted, in unison, by the blonde rolling hills at twilight, and light against darkness.  Darkness we embraced simply as our togetherness made it so clear, so bright, so obvious, we needed nobody but each other.   Oddly driving from Yosemite National park Raymond to Chowchilla had been just what the doctor ordered for those 40 some years of wondering what we did wrong.  In the quiet, far, far from home, having to turn our “brights” on for the first time we were about to fill in the blanks of our own history.   We were awash, and I don’t use this word often, but we had been transfuse in the epiphany, in unison as if previously deaf and now we could hear a choir singing, soothing voices cutting through silence.  It was apparent, we had just begun the second half of our lives.

With the pressing reality of aging at our heels, we were unafraid to ask grandpa questions of his history, “our beginning” his life story, an actual headcount of grandchildren, sixteen in all. I have never felt that excited, Awakening to drink the kind of coffee served in AA meetings. We wrote little notes to recant what the other had heard. At times writing a question to Grandpa Gordon so that we could give the shouting a rest for a bit. His tales of Navy life were horrific accounts of docking the ship himself on the shore of Normandy, France, on the the Amphibian Seventh brigade, battalion, whatever the Navy equivalent pings of gunfire bouncing off the ship, watching his friend parachute to their drowning deaths. Coming home to meet his future wife. After making him cry and laugh and tell us,” I don’t talk about this stuff,” we took mom’s advice, “you should go meet your grandmother” she had said. Hmm not a bad idea?

As was the pattern in the family, there was divorce and usually a second marriage. Our grandpa realized along with us, we may as well meet Lucille, our grandmother, it was now or never. We added a stop to our trip: Golden Living Nursing home in Galt, California. There aren’t words to describe meeting a grandmother after a lifetime of thinking she must not want to know you.

We wound our way through the hall to the small dining room, we approached her table where she saw over her tray shoving her peas around with a spoon.   Without any details on whom we may be looking for we walked straight to her table and she looked up.   We knew who she was.   She was the most beautiful woman of 85 I had ever seen. She looked directly at the both of us as our eyes curiously approached her.  I spoke first  completely unrehearsed,  “were your grandaughters-Candice chimed in, “we’ve always wanted to meet you!”   She looked up glassy eyed and quite taken aback, pleasingly awed, she smiled and joked, “well it’s about time!” she said. 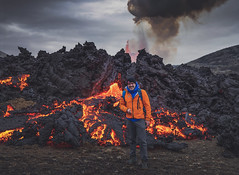